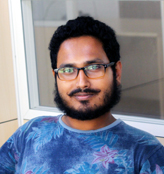 I am from Coochbehar, northern West Bengal, where my mother inspired me to observe butterflies and my father provided opportunities to visit the nearby forests at an early age. From 2006 I started photo-documentation of butterflies and cicadas from Bengal, Karnataka, Kerala, Odisha and NE India. I conducted nature awareness and conservation education programs in many schools and colleges of Karnataka, Odisha and West Bengal. I did my Graduation in Bio-technology from Bangalore University and post graduation in Wildlife Biology from North Orissa University. After my masters I was engaged in wildlife and conservation projects in Odisha where I published my first book, "Butterflies of Bonai", which is the first field guide on Odisha butterflies. In 2014 I published my second book on ‘Ecotourism in Odisha’. I was working as project fellow in Global Cicada Phylogeny Project in National Centre for Biological Sciences (NCBS) from 2013 to 2015. Since then studying cicada has become one of my major subject of passion. I am also interested and very passionate about sketching, music, movies, crafts, photography and sports. I worked as Project Biologist from 2015 to 2017 in UNESCO C2C for nomination of ‘Bhitarkanika Conservation Area’ as world heritage site. I received Rufford Small Grant early 2017 to pursue my interest on cicadas independently. I studied cicadas and documented cicada related folklores in Meghalaya as a part of my PhD titled “Taxonomy, natural history and acoustics of cicadas in Garo-Khasi-Jaintia hill complex, eastern India”. 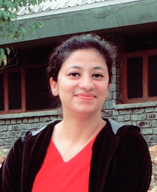 I am having my master’s in economics from H.N.B. Garhwal University, Uttarakhand and Post Graduate Diploma in Business Administration with specialization in Human Resource from SCDL, Pune. Prior to joining UNESCO C2C at the Wildlife Institute of India, I worked with Centre for Space Science and Technology Education in Asia & the Pacific (CSSTEAP), Affiliated to the United Nations, IIRS, ISRO from (2003-2016). While working with CSSTEAP, I developed expertise in conducting various long term and short term international training programmes/workshops and alumni meet, etc. for capacity building. I also got opportunity to meet people of other countries which further inspire me to know about their culture and build network with them.

I am an avid nature lover and very passionate about crafts, music, photography and painting. 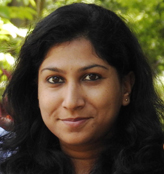 I have a Master’s degree in Botany from North Eastern Hill University, Shillong (Meghalaya) and a Post Graduate Diploma in Wildlife Management from Gauhati University. I worked with World Wide Fund for Nature (WWF-India) from 2010 – 2017; during the tenure I was involved in the tiger, co-predators and prey occupancy surveys and monitoring exercises in Assam and Arunachal Pradesh. In Assam, I worked in the two World Heritage Sites of Manas and Kaziranga National Parks, along with Pakke Tiger Reserve, D’Ering Wildlife Sanctuary, and some other forest divisions in Arunachal Pradesh. I studied the interactions of tigers and elephants with humans, along with their mitigation measures, in the fringe areas of Kaziranga Tiger Reserve and Golaghat Forest Division in Assam. I also studied the functionality of the wildlife corridors connecting Kaziranga Tiger Reserve with the forests of Karbi Anglong in Assam. I contributed towards generating awareness on wildlife conservation among school students, livelihood augmentation among local communities living in the fringe villages of Manas and Kaziranga and Pakke Tiger Reserves, and trainings on the All India Tiger Estimation for the frontline forest staff of Assam and Arunachal Pradesh. Furthermore, I participated in the Cumulative Impact Assessment for proposed hydro power project on Tawang River basin, Arunachal Pradesh. Later on, I worked with Nature Conservation Foundation (NCF), Bangalore, and contributed towards their scientific writing and tiger prey density estimation in Cauvery Wildlife Sanctuary, during 2017 – 2018. Before joining UNESCO Category 2 Centre at Wildlife Institute of India, I worked with Azim Premji University on collecting archival data on the impact of ecological and environmental change in Bangalore and its surroundings. 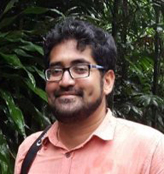 Born in West Bengal, brought up in Gujarat, completing my B. Tech in Mechanical Engineering from National Institute of Technology, Kurukshetra in Haryana and then being employed in an engineering stint split equally between India and the USA has helped me sample a diverse range of cultures and feel at home in all of them. Through the course of a decade designing medical devices, at the intersection of biology and engineering, I have had the opportunity to visit and study 31 World Heritage Sites spread across 4 countries. Combining my interests in creative writing, wildlife, history, society, culture, and travel, I have won national level writing competitions organized by the Indian Express in 2008 and Wildlife Institute of India in 2016, and have also been published by Outlook Traveller and Sanctuary Asia.