On the occasion of GIS DAY, Wildlife Institute of India (WII) organized the ‘GET SET GIS Workshop’ for the researchers on 11th November 2019. The celebration at the campus received a participation about 80 researchers. The full day program consisted of a technical session in forenoon with hands on training for beginners, covering the basics of GIS software, Google Earth and Maps. The idea was to impart basic cartography skills. Different maps, prepared by the researchers of WII from different projects and by the IT, RS & GIS Lab were showcased to the students to demonstrate the context and various applications of maps. The participants prepared study area maps of which the best three were awarded prizes.

The afternoon hosted a fun packed session, full of games and prizes. The games were ‘color the map’ and ‘treasure hunt’ with in the campus, which was open for all.  An ArcMap Story of WII Nature trail, was presented.

In addition the three best coloured maps were declared the winners.

Book Prize, printed photo frames and coffee mugs were presented to the winners by the Nodal & Associate Nodal Officer (IT,RS & GIS Cell), Registrar and Dean and Director. The program ended with certificate distribution to the participants followed by Director’s concluding remarks. 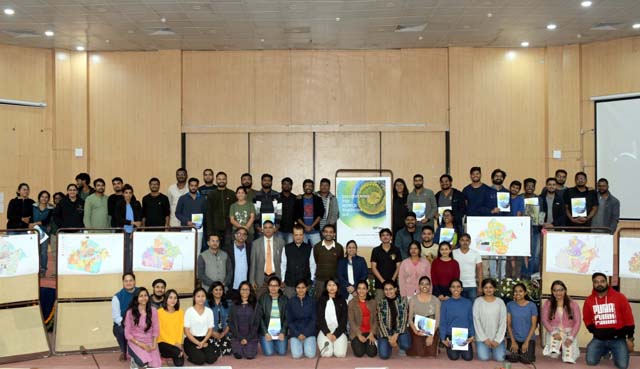