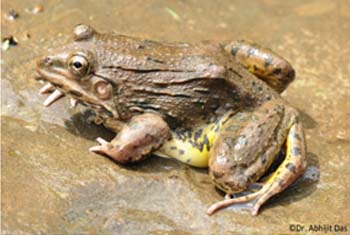 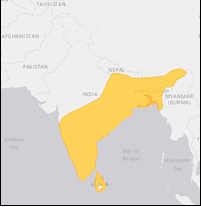 It is a terrestrial species of seasonally flooded dry grasslands, open plains and arid areas. Breeding, and presumably larval development, takes place in many different types of waterbodies. Adults are often found in burrows, and are known to aestivate during dry periods. It is present in cultivated areas and around human settlements