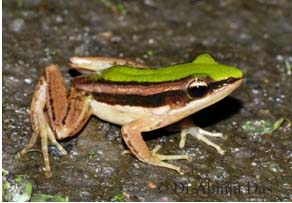 This species ranges through much of northeastern India, southern Nepal and throughout Bangladesh. The species might occur in Myanmar but its presence here requires confirmation. It is a lowland species found up to 300m asl. 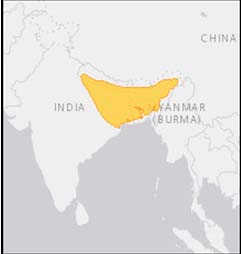 This species is associated with a variety of aquatic habitats such as pools, lakes and marshes. It may be found in bank side vegetation, and within scrubland and tropical forest habitats. The species generally breeds in stagnant waterbodies. It can be found in artificially flooded agricultural areas (Dutta et al., 2004).