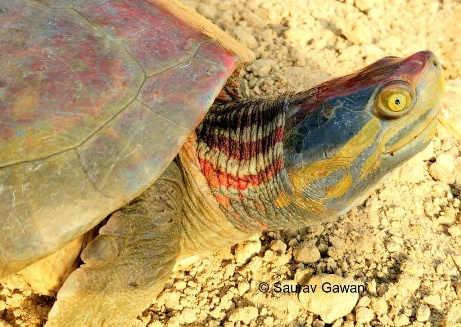 The Red-crowned roofed turtle is native to India, Bangladesh and Nepal. Historically, the species was widespread in the Ganga River, both in India and Bangladesh. It also occurs in the Brahmaputra basin. Currently in India, the National Chambal River Gharial Sanctuary is the only area with substantial population of the species, but even this Protected Area and habitat are under threat (Dijk, 2010). 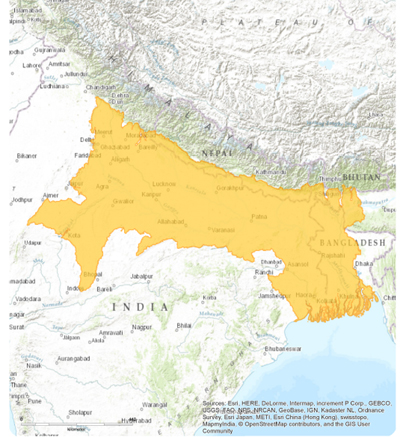 Red-crowned roofed turtle’s shell can be as long as 56 cm and can weight upto 25 kg. In comparison to their female counterparts, the males are shorter and reach only half their length. Its head is moderate in size and has an obtuse and slightly prominent snout. The carapace of the species is strongly keeled and the plastron is angulated laterally in the young ones.

It is a freshwater turtle species, and found in deep flowing rivers with terrestrial nesting sites.Diet of the species consists exclusively of water plants. Adult females lay 11 to 30 eggs in March and April.