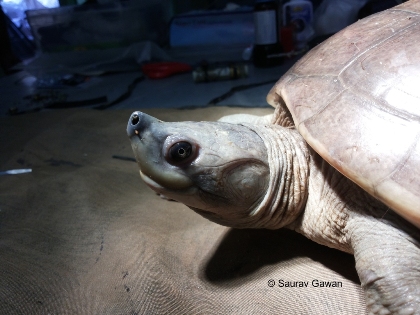 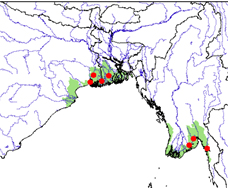 The species has an upturned snout. Carapace is smooth and grey or black, while plastron is yellow to whitish. Front feet are broad and webbed with only four claws (other turtles have five). It has white eyes (Stuart et al., 2001). Females and juveniles are olive grey in color with grey to brown eyes. Males are darker, turning completely black during the breeding season with yellow or white eyes. Males have longer and thicker tails but are somewhat smaller in size.