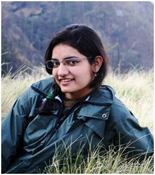 I belong to a place right in the lap of the nature, Dharamshala, with the lovely snow clad Dhauladhar ranges forming a magnificent backdrop to the hill town. Having been born and brought up so close to nature, I had a passion for nature and its every component since I was a kid. I've been always concerned about the calamitous outcomes that the human activities can have on the wildlife. I did my Bachelor’s and Master’s degrees in Zoology (Honors) with specialization in fisheries from Panjab University, Chandigarh in 2011 and 2013 respectively. I did my Master's dissertation in the topic "Studies on the morphometry, length-weight relationship and age-growth parameters of mrigal, Cirrhinus mrigala (Hamilton 1822) from the Harike Wetland, Punjab, India". Thereafter, Wildlife Institute of India gave me the opportunity to pursue my interest and passion professionally as I was selected as Project Fellow in the DST-NMSHE project. Currently, I am working on this project to explore the effect of climate change on the aquatic system of the Indian Himalaya, its fishes and stream ecology. My interest in all wildlife aspects has also helped me understand and explore the other faunal components like the herpetofauna, which always makes me realize, nature has bountiful to entice us, we just need to be interested to explore. My passion and exuberant zeal to be ever inquisitive about the wildlife will surely help me unfold many of the nature's secrets. I and my team are endeavoring to device means and ways of achieving a stable and an improved Himalayan ecosystem. 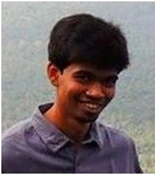 Although, I am from a western State of India, beyond the western-most distribution of tiger, their stripes initially mesmerized me and I always dreamt of doing something for their well-being. To pursue my dream, I completed my Bachelor’s and Master’s degree in Zoology from the Maharaja Sayajirao University of Baroda, in 2011 and 2013, respectively. Then, finally, I joined Wildlife Institute of India as a research biologist in the All India Tiger Monitoring project in November 2013. Coming to WII gave me a new vision and ideas about wildlife and their astonishing diversity. In WII, The opportunity to visit different Forested Areas and the long studies, discussion and practices in WII campus itself opened a new window for me to think about reptiles and As of now, I am associated with the DST-NMHSE project where I shall be looking on the effect of climate change on the herpetofauna diversity along the Himalayas. Apart from exploring the wild with my team and photographing, I also look forward to encourage young enthusiasts on nature trails! If I'm not on field collecting data, I usually enjoy outdoor sports or listen to music. 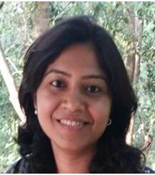 I did my graduation in Chemistry from University of Calcutta and then I pursued my M.Sc. in Biotechnology from Jadavpur University, Kolkata. For my Master’s dissertation, I worked on gram-negative bacterium Azotobacter vinelandii strain UW with a focus on characterizing an important nitrogen fixation gene. Following this, I gained extensive research expertise in the field of microbiology, molecular biology, biochemistry, proteomics and computational genomics working as Junior Research Fellow and Senior Research Fellow at Life Science and Biotechnology Department, Jadavpur University, Kolkata. During this tenure, I worked on enzymes important in electron transfer processes to metal ions in novel thermophilic anaerobic bacterial strains, isolated from hot springs in West Bengal. I was awarded Fulbright Nehru Doctoral and Professional fellowship for nine months to conduct part of my research at the Lawrence Berkeley National Laboratory, University of California, Berkeley. Part of these works has resulted in two publications.

In the DST-NMSHE project in Wildlife Institute of India, I am working towards developing my research ideas on impacts of climate change on microflora and fauna community of the Himalayan ecosystem, using them as bio-indicators. Microbes play significant role in biogeochemical nutrient cycling and contribute significantly to the production and consumption of greenhouse gases. Given their short generation time and potentially high mutation rate, I hope to track climate change impacts and design novel adaptation and mitigation strategies. 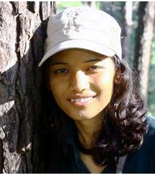 My army upbringing and green cantonment surroundings have a strong and dynamic impact on my choice of career and my beliefs in life. I belong to Askot village of Pithoraghar district in Uttarakhand. I have done my graduation in Zoology (Hons.) from Hansraj College, University of Delhi. Then, I did my Master’s in Biodiversity and Conservation from GGSIP University, Delhi. I got an opportunity to work in the Himalayas during my Masters for my summer training which shaped into my dissertation titled ‘Estimates of free-ranging dog abundance and livestock predation along a gradient of village sizes in Spiti Valley’. The research produced the baseline data on abundance of feral dogs in Upper Spiti Landscape and contributed in mitigating free ranging dog problem. I eventually joined the Wildlife Institute of India as a researcher for the All India Tiger Monitoring Project in 2013. This experience widened my perspectives towards conservation and helped me to experience wildlife management on a National level. Currently, in DST-NMSHE Project, I am assessing the effect of climate change on faunal communities in Indian Himalayan Region.

I am interested in quantitative and interdisciplinary approaches to solve problems related to conservation. My areas of interest are population ecology, landscape ecology and human dimensions in wildlife management. I strive to train myself in basic ecological concepts, research methodology and management strategies for conservation. Through my work I plan to contribute to a better co-existence model for human and wildlife. 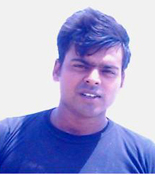 Wildlife Conservation is the one and the only passion for me, which is now my career as I am working with Wildlife Institute of India since 2014. I have worked as project Assistant in Project “Management planning of Bird Sanctuaries in Bihar” for a period of 4 months and conducted ecological surveys of above mentioned wetlands and currently I am a Project Fellow in DST-NMSHE project in which I will be dealing with mammalian ecology. I am a postgraduate in Biotechnology (2011) from Amity University, NOIDA and looking forward to do PhD in coming days as my research interest is molecular studies on mammals of high altitude which are very susceptible for climate change. I am also interested in wildlife management, population ecology and other faunal conservation. I also worked on occupancy survey of wolf in western Kutchch as a part of my engagement as research Assistant in an NGO and volunteered a human wildlife conflict studies based on human - Sloth Bear and Leopard conflicts in south Rajasthan under a project of CWS. I like lots of outdoor adventure, swimming and other sports as that’s a key character which facilitate a human being to keep fit and progressive. 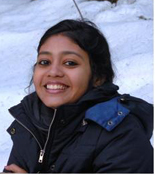 I pursued graduation in Zoology honors from Daulat Ram College, Delhi University. My inclination towards studying the ecosystems and their biodiversity paved my path into the field of Biodiversity Conservation. Hence, I took up post-graduation in biodiversity and conservation at Guru Gobind Singh Indraprastha University, New Delhi. During my course, I developed a keen interest in studying the applications of remote sensing and GIS tool used for wildlife conservation. As a part of summer training I worked on spatial explicit modeling for distribution and habitat suitability index of Nilgai, in Panna Tiger Reserve. For gaining further expertise in this field, I worked on characterization of spatio-temporal patterns of riverine vegetation along the Bhagirathi catchment of the river Ganges as dissertation work. I have been awarded with the gold medal as a meritorious student in post-graduation. Through awareness campaigns I also like sensitizing common people towards the key issues for conserving biodiversity.

My interest lies in understanding the trends of climate change at landscape level and its effects on the biodiversity and come up with priority areas for conservation. Hence, I joined the project NMSHE as a Project Fellow in thematic group Landscape ecology, which will give me the needed exposure and freedom to apply my ideas for climate change research. I also like reading about role of sacred landscapes in conservation, ecotourism and human wildlife conflict. During my leisure time I enjoy bird watching, travelling, photography and singing. 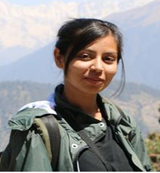 I did my Master’s in biotechnology with specialization in molecular biology from Chandigarh group of college, Landran, Mohali. The topic of my Master’s Dissertation was Characterization of the Potato genotypes- for Cyst Nematode (Globodera rostochensis and globodera pallida) resistance gene through molecular markers and analysis of nutrient content from CPRI (Central Potato Research Institute), Shimla. Before joining WII, I worked as a microbiologist in the Eris group in Himachal Pradesh. My career Goal is to work for the conservation of biodiversity through maintenance of genetic diversity and gene flow, by, using molecular science and techniques like cloning to increase the endangered species population. I have interest in varied field of life sciences concerning to the research activities in the field of exploring faunal biodiversity, ecology and biology, species interaction and their conservation issues. Interest in wildlife is the prime reason for joining this prestigious institute. Presently, I am working on climate change effect on Himalayan herpetofauna under DST-NMSHE project. 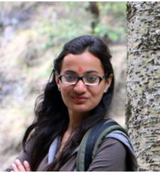 I am from Hamirpur, Himachal Pradesh famous for its natural beauty. I have done my schooling from Hamirpur and done my Bachelor’s in General Sciences from MCM DAV College, Chandigarh and Master’s degree in zoology from Panjab University, Chandigarh. My interest in wildlife and its conservation, all began from my childhood days watching discovery and National Geographic channel documentaries. Besides this, I have visited some National Parks in Himachal which further inspired me to study wildlife science. The sole reason of joining Wildlife Institute of India is my long-term vision and interest in wildlife conservation and I would like to put my best for this study. Joining this institute is an opportunity for me which will eventually improve my knowledge and enrich me with the intricacies of nature. My hobbies include reading, travelling and enjoying nature's silence. 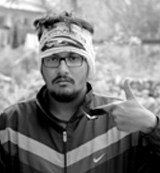 I have done my graduation from Calcutta University in Environmental Science and post-graduation from Visva Bharati, Santiniketan in Environmental Science (Ecotoxicology) in 2015 and thereafter joined Wildlife Institute of India as a field volunteer in a project entitled Moths of Nandadevi Biosphere Reserve, Uttarakhand. My interest always lies in Birds and Insects specially on migratory birds, dragonflies and damselflies; their life history, co-evolution, taxonomic inventory, insect migration, insect conservation, tribal knowledge, history of biota, climate change modeling and fresh water ecosystem services and most importantly “conservation and the people” etc. My broad research interests include conservation biology, biogeography and history of life on earth. My master’s thesis is on, “Diversity, distribution, behavior and trace metal accumulation pattern in Insect:Odonata nymph” and I got significant results to monitoring on environmental risk assessment which can later help into develop a anthropogenic disturbance model, land-use pattern model and climate change model. I was associated with West Bengal biodiversity board where I worked on Study of Synthetic Chemical Inputs in Agro ecosystem of West Bengal, Finding out the Biodiversity Resource Use Patterns and Ecological Footprints of Tribal and Other Backward Communities in West Bengal etc. And I was also associated with several NGO’s and International companies as Environmental Impact Assessment as analyst.

From January 2016, I have joined Wildlife Institute of India as Project Assistant in DST-NMSHE Climate Change project in Indian Himalayan region and later I got awarded NMHS fellowship in June, 2016.