In the last half century, India's once rich biodiversity has become considerably depleted. Rapid human and livestock population increase and a rather lopsided development pattern have marginalized or unjustly exploited the country's bountiful wilderness areas such that the species richness and the range of habitat types that the country used to be proud of are today highly eroded and fragmented. How can this fall be checked and reversed is now a question being pondered over. 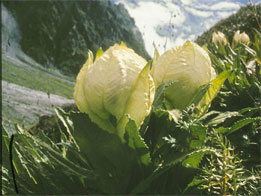 This sense of introspection is an encouraging sign indeed. There are some other encouraging signs as well. For instance, the forest departments, the custodians of forests in the country, no longer see their custody as purely industrial raw material but a vital cog in the ecological wheel for the ultimate and sustained well being of humanity. Such a realization will, in the long run, help overcome the shortcomings and failures of early protective measures to preserve wilderness areas, which still remains one of the most effective ways of conserving the country's biodiversity.

Amidst such a situation, the need was felt for an organization to help and strengthen endeavors for recovery. It was important to have an agency which, while looking at forests holistically, combined their management with conserving their biodiversity and protecting the interests of the people in their vicinity in a manner that would be practical and scientifically oriented. Such a thought process led to the setting up of Wildlife Institute of India (WII) at Dehradun in 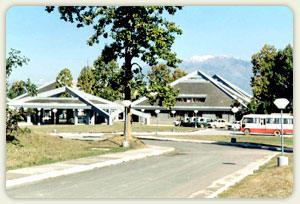 1982 with a mandate to train government and non-government personnel, carry out research, and advise on matters of conservation and management of wildlife resources.

For WII, it was a challenging task, particularly when education in forest management had nothing on wildlife, and wildlife science itself had not yet been established as a subject of any significance in the university education curriculum. With no precedence to go by, WII had to virtually single handedly not only give forest education a wildlife slant but also create and develop the very resources with which it could go about fulfilling its tasks.

This apparent disadvantage ultimately became the institute's strength because the freshness of approach gave it a strong foundation and prevented its programmes from becoming mere academic exercises. WII's programmes are field based and seek an integration of biological, socio-economic and human aspects of large regional landscapes. As a result, wildlife conservation today means not just providing protection mainly to a few splendid species but that it be holistic and have considerations for humans living in the vicinity as well. 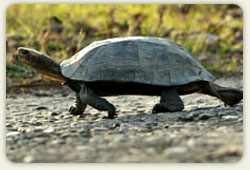 WII's research projects being conducted in field sites across the length and breadth of the country are the primary sources of scientific information to help conservation. They are also the means of keeping the institute's faculty abreast of current field situations and the latest technology.

WII was accorded autonomy in April 1986, which furthered its pace of growth. With many countries in south and south-east Asia region regularly sending their personnel to its training programmes, WII is already considered an important regional centre for training and education in wildlife management and conservation.